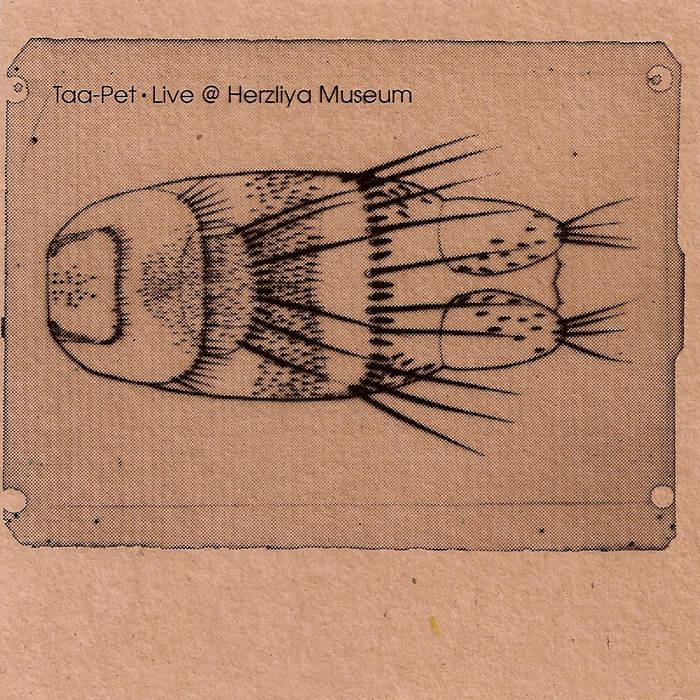 [The original CD release consisted of one long track. We broke it to eight parts for this web-release. The tracks should be played with no gaps between them]

In 1998 Binya Reches and Aviad Albert were invited by the Herzliya Museum to perform at the opening event of a new exhibition. The two, who were then known as members of The Electronic Front, were gaining recognition for their live electronic sets, which at that time ran exclusively in clubs. The duo's vision of live electronic music focused on improvisation, where for each show they would prepare a dedicated set of themes, loops, sounds, effects, and real-time controllers. The shift from club spaces to a museum space was a natural step forward that introduced many new limitations to play with. It was at that night that TaaPet (the Hebrew word for wallpaper) was born. The documentation, which was recorded on a poor quality tape deck, was released a year later as their debut album for FACT Records.